Following the monster smash of ‘Underwater’ Anabel Englund and MK are dropping a remix package. We managed to catch up with Anabel to talk about Madonna, the piano and never giving up. 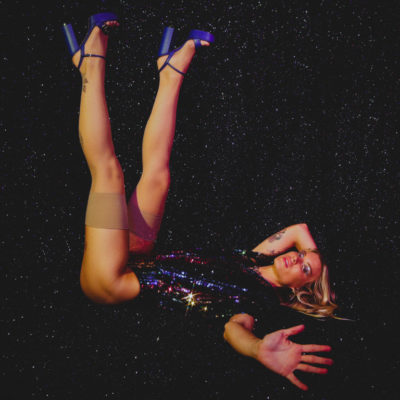 Introduce yourself and tell us where your from..

Name one person who has had a big impact on your music career and tell us how they have helped you?

Madonna had the biggest impact for me because she’s put out music throughout my entire lifetime & even before. I grew up with her lyrics as a bible for me in a certain way. She’s the only person I would get starstruck by just because she is such a force & has gone out of her way to help so many people. I used to go out with my friends dancing in San Francisco & we would come home & play a Madonna tour, Confessions or Drowned World, Sticky & Sweet. We would sing & dance along with her & lose our voices talking about how grateful we are to live in the time of her.

What’s on your rider?

I love the piano, I love how it doesn’t hurt like when you play the guitar. I just get lost inside of it & can play for hours when I get going. It’s so beautiful & easy & strong.

If you could change one thing about working in the music industry what would it be?

Equality between the sexes. If I could change everything over night it would be that more women & non-binary, had more jobs as producers, promoters, agents, just everything in general.

Do you get nervous before playing to a crowd, if so how do you cope with the nerves?

I do!! Well, sometimes…it’s depending on the show but honestly its been almost a year since I’ve played to an actual crowd which is just crazy. Before each show I close my eyes & say a prayer, when I’m nervous I think, what would Madonna do? I just have to breathe & remember to give it my all!

My debut album I just released December 11th called Messing With Magic, theres a lot of hard work & vision on that album & I am so happy its out!

What are you currently working on that we should be excited about?

Well I just put out a remix package of my song Underwater with MK, its fireeeee. With remixes from Andre Salmon & Freedom B, Benson, Nightlapse, & Redfield. But there is a lot more music up & coming so I’m excited about that.

How much time do you spend making music? How long does it take for you to finish a track?

It all depends really. Some weeks are a lot busier than others. I’ve been doing a ton of zoom sessions & it usually takes about 4 hours max to finish a song but that’s without having the vocals properly recorded. I’ve been emailing my voice memos as a place holder which believe it or not sound really pretty for a phone recording! Its amazing what we’ve been able to accomplish

Any advice for new artists?

Yessss just never give up. If this is really what you want to do & know in your heart you are meant to do then keep going & work harder than anyone on your team. Don’t rely & wait for people around you to make you what you want to be you have to do it yourself. There will be ups & downs but just don’t stop.