Previous Next
Described by Nusic as “suave, soulful and charismatic” , Rudi is a Singer, Songwriter & Producer, from Notts. His 2019 debut EP ‘ Diamond ’is an “unmistakable invitation to the dance floor: nostalgic but feeling anything but dated” (Leftlion magazine).
We caught up with him for a quick chat, following the release of his latest single ‘Through The Night’.

Introduce yourself and tell us where your from..

Hi! I’m Rudi, a singer & producer from Nottingham, UK. I make music to make the listener dance & feel happy, which feels very needed at present! I like to juxtapose the nostalgic with the contemporary, so my songs feel familiar yet not dated. With no live music for most of 2020, I’ve mainly been recording and playing with different arrangements and influences like an artist making a collage.

After hearing my debut single (Diamond) on BBC Introducing last year, Sam Wilmot from Patawawa dropped me a message on Insta. We both loved each other’s tunes and he gave me some great tips as a newcomer. I was lucky enough to be invited to support them at their Cosmic Disco Tour just before the pandemic. Rory Lovatt from Patawawa has also mixed my new tunes and we are about launch their remix of my new single Through the Night. They have been so supportive & encouraging as friends and mentors with their experience, it has really helped me take a big step forwards this year!

What’s on your rider?

I should be really bougie and on-brand – Caipirinhas & tropical fruits…  I wish! As a new artist I can’t be too fussy – I’m focused on giving the best performance possible so all I’m concerned about is an attentive sound engineer & a bottle of water!

My Fender Stratocaster. Nile Rodgers has been a huge influence on my guitar playing so I’m legally obliged to play one. I love how versatile it is when working on tracks- writing melodies, adding rhythmic energy, playing with the sound. It just seems to work!

What is your music plugin and why?

Again, sticking to the classics, I love the Minimoog Model D as it’s so close to the real deal. I use it on almost every track as you can control the sound so much it feels like 10 instruments in one! I love the iconic funk synth bass sounds from the original Moog era so it would be a dream to own a real one in the future!

If you could change one thing about working in the music industry what would it be?

There are so many hugely talented women producing & writing at the moment such as Emily Makis and Morgan Munroe but we still remain a long way off gender equality across the industry. I’d like to see women given the same opportunities and credit as men and barriers to entry being dismantled. Sexism in the industry is still prevalent which needs addressing and that is the responsibility of all artists to take on!

Every song comes about differently but I gravitate towards anything that makes me feel energy – this is often percussion but it can be a melody. For Through the Night I quickly played in drums, bass and synths all on a mini keyboard during the initial writing session in Italy with Amanda Thomsen as the song was speeding out of us. We recorded sax in my Airbnb wardrobe with Edi Bürstmayr then I added guitar & backing vocals back in the UK. Amanda re-recorded her vocals in Copenhagen before the final mix.

I have found collaborating remotely during the pandemic to be ridiculously fun – of course nothing beats being in the same room but it’s nice to talk, work independently, then come back to each other. It’s so exciting seeing how someone else will approach a song and going on a journey neither of you would take independently. To me, receiving audio parts on WeTransfer feels like unwrapping Christmas presents!

I can also be a real perfectionist but I’m trying to change. Attention to detail is really important to me but sometimes it’s nice to just go with something without obsessing- if it feels good, it is good!

Stream the new single ‘Through The Night’ now. 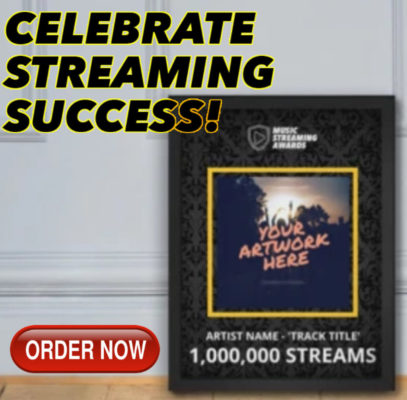