Tez Cadey is a French producer and DJ, his single Seve reached upwards of 800M streams worldwide and has been certified 16x diamond internationally. 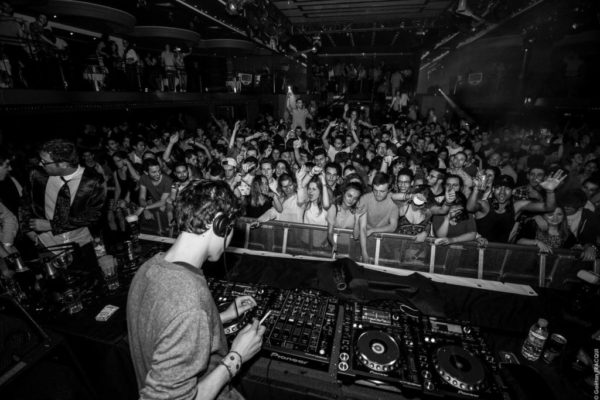 We caught up with Tez Cadey to find out how his 2020 has been.

Introduce yourself and tell us where you are from?

Hey my name is Malo, I produce under the name Tez Cadey and I grew up in Europe and in the USA. Right now I live and produce in Paris.

What tune ALWAYS goes off when you play it?

‘Opus’ by Eric Prydz is a killer track when played at the end of a party. It somehow always gets everyone’s attention back at the dancefloor and brings people tightly together.

A tune that is popular that you can’t stand?

That’s a tough question! Maybe because it’s that time of the year and I hear it way too much, Mariah’s “All I want for Christmas is you”. I can’t think of any popular dance tune that I can’t stand.

What’s been your favourite event you have played so far?

There has been so many great events around the world but the one that stays in my mind the most is the first festival I ever played, in the south of France. It was such an energy rush and the crowd was such in a good vibe that I felt like literally floating on a cloud.

What’s on your rider – anything unusual?

Not really, I thought of putting something on there that is super weird and hard to get as a joke. I know some people do that. But then you always find someone who actually goes and gets these things. Its a good laugh but I don’t feel like wasting anybody’s time.

Best headphones to wear when DJ’ing?

Sennheiser HD-25! Had my pair for more than 10 years, it still works and looks just fine. The sound is top notch especially for djing and makes it a whole lot easier to hear what you are doing and they just seem to be unbreakable.

Best Decks for a home setup?

I personally use a Pioneer XDJ RX. It doesn’t take too much room up if you live in an apartment like me, it doesn’t require a computer like most controllers and a lot of the functions are much like the setup you find in clubs and festivals (the usual DJM900 and 2xCDJ2000). Plus it’s way cheaper. I know a lot of DJ friends who also use these.

How do you go about finding tunes?

There’s a multitude of ways to find new tunes for me. I can find them by receiving promos from other djs, searching on beatport, youtube, listening to boiler rooms, going to the record shop or even shazaming songs at parties. My friends and family also make me discover new tracks every now and then but to be honest I’m not much of a crate digger.

It’s been a strange year for DJ’s with lockdown etc – how have you coped, whats been keeping you busy?

Making new tracks has kept me busy. It has always been my number one occupation. Djing and performing have always come in second. So as much as I miss touring and traveling, I’m also happy to have been able to focus 100% on my music this year.

Is there anything you are working on that our readers should check out right now?

No new tracks out now but lots of new ones to come next year! Stay put 🙂

Stream his latest single ‘Talk To Me’ here –