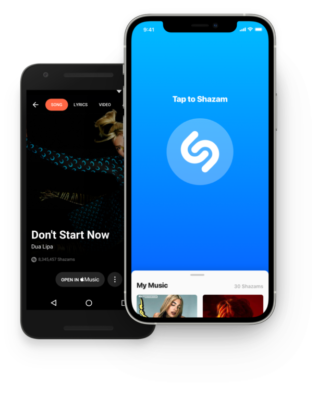 Apple has recently revealed some incredible Shazam stats about just how many songs are identified with their music recognition app. The report gives us some fantastic insight into music discovery and features some mind-bending numbers!

Shazam is now 20 years old, and was acquired by Apple Music back in 2008. Shazam has been a key part of Apple Music‘s offering ever since.

How Many Songs Are Discovered By Shazam Each Day?

Apple has revealed that music fans discovered over 40 million songs on Shazam in 2022, that’s over 100k new songs discovered by fans using the app each day!

This is of course, great news for artists trying to reach new audiences. In fact, more than 1 million artists received their very first Shazam in 2022 and the Shazam discovery charts are getting more diverse than ever.

Since the app launched, there here have been more than 70 Billion all-time Shazams!

How To Get Your Music on Shazam

If you want your fans to be able to Shazam your music, it’s very simple. As soon as you deliver music to Apple Music via a distributor your music will also be sent to Shazam. Once your music has been encoded it will be discoverable on Shazam, even before its release date, while you’re running your pre-save campaign!

How To Find Out How Many Shazams Your Music Has

As long as you have an account with Apple Music for Artists, all your Shazam data will be available for you to view and analyze.

In the Overview section, you can view overall Shazam stats for your music. Trends show demographics of your Shazam listeners and Places show which locations Shazam you the most.

Shazam publishes a range of charts and playlists where you can see what’s being discovered the most on the platform.

Last week, they even created a 2023 Predictions playlist, a 50-song playlist (complete with animated artwork) featuring artists who are poised to have a breakthrough year based on the Shazam data. Check it out, here.

Two Ways To Promote Your Music BEFORE it’s Released

Once your music has been delivered to Apple Music, but before it’s released to the public – it will also be available on Shazam. So make sure you get your music to your distributor at least 30 days before the song is released. That way, anytime your music is played in the lead up to release day, your fans can Shazam it and know what it is. This also sends a powerful signal to Apple Music that your music is gaining traction and increases your chances of getting on playlists after the song is released.

If you want to promote your music online before it’s released you should also set up a pre-save campaign with calendar reminders. You can set this up for free using our tool Soundplate Clicks.

You can also use Soundplate Clicks to create music smart links, artist pages, bio links and much more. Check it out now!