In this article we run down 10 essential Ibiza nightclubs that you just have to experience!

Ibiza, the ‘white isle’ is one of the Balearic islands, off the coast of mainland Spain. It’s a beautiful place full of culture and history. Ibiza is also the European home of clubbing and house music.

At night, the tiny island springs to life with massive parties in large nightclubs that hold thousands of people. Although a rural island, over the course of many decades, it has become known as the party destination of Europe. Here are ten of the best Ibiza nightclubs. If you are a true electronic music fan, you have to visit Ibiza and it’s clubs at least once before you die! 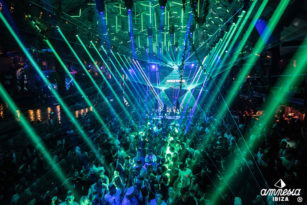 The venerable Ibiza nightclub founded in 1976 has an unbelievable capacity of 5,000 party-goers.

Its terrace boasts a movable stage for DJs or bands to use. For about $20 above the cover charge, you can also gain access to the VIP balconies, which provide a better view of the action.

The club provides little seating, but you should be dancing anyway! People head to Amnesia to forget their troubles and dance. Located near the center of the island, by San Rafael, the cover charge varies, but typically you’ll pay between $40 to $60 for entry. 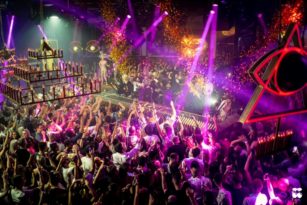 Located in Talamanca, Pacha is the second nightclub of brothers Ricardo and Piti Urgell of Barcelona. Founded in 1973, the Ibiza club has provided the islanders and vacationers with one of the ultimate party palaces. The Urgell brothers purchased land and built the club in 1973. It underwent a major renovation in 2018 and they built an addition in 2020.

Pacha is perhaps the most iconic of all the Ibiza nightclubs with it’s famous Cherry’s logo.

The world famous central dance floor in front of the DJ booth is the main attraction but there are several smaller ‘zones’ including a cool roof terrace and some smaller club rooms. As with many Ibiza clubs there is also a large, seated VIP area. 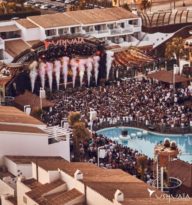 An open-air super club, vacationers flock to this club for world-famous DJ’s, fireworks and pyrotechnic displays. The Ushuaïa brand began as a beach party in 2008 and grew. Some hotel residents don’t even leave their rooms to attend; they simply party from their balconies which face the action.

The outdoor venue has a total capacity of 4,000, including VIP cabanas. 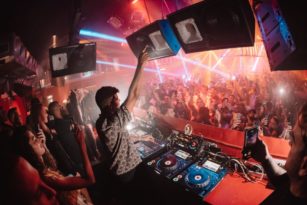 Once an airplane hangar, DC10 offers a capacity of 4,000. Its dance floor, the terrace, looks onto the DJ booth which mixes techno and underground house. An indoor club room also opens onto a garden stage flanked by bars.

Just by its location in a hangar, you might guess the club is near the airport. You’d be correct and one tradition in the club is for partiers to cheer and wave to planes taking off and landing from the nearby airstrip.

DC10 is home to some of the best underground parties on the island. 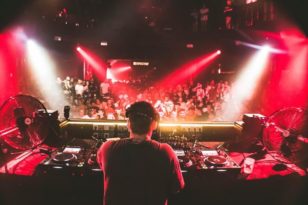 Purchased by Michael van der Kuit and Rinco Soesman in 2013, Eden existed before that date under other names. The original nightclub Star Club became Kaos in the 1990s.

Located in San Antonio Bay, the club offers a capacity of 5,000 with a smaller club room of 350 capacity inside. Divided into two floors, you can find VIP areas overlooking the DJ booth on both floors. While once known as a dive club on the island, Soesman and Kuit revamped it and turned it into one of the island’s six-star clubs. It specializes in providing an affordable club experience for budget travellers that rivals all of the other six-star nightclubs on the island. Most nights, entry costs about $20.

Eden is the current home of the Defected nights in Ibiza. 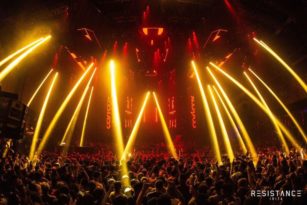 This famous Ibiza nightclub redefines super club with its capacity of 10,000 attendees.

Privilege is the largest nightclub in the world. Founded in the 1970s as a restaurant, bar, and swimming pool complex, once converted to a nightclub, it took on a warehouse feel. During the 1980s, when known as Ku, the club hosted concerts, including Duran Duran and Spandau Ballet during the heyday of both bands.

In San Raphael, about a mile from Amnesia, sits the biggest nightclub on earth, divided into three rooms and capable of housing the population of a small town. 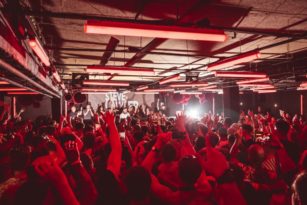 Hit this club, previously called Sankeys, when you and your friends want a more intimate clubbing experience. With a capacity of 1,200, Octan is much smaller than many of the Ibiza nightclubs.

Adding to its comparatively tiny capacity, the club offers low ceilings and dim lights. The current owner, Steve Lawler, closed the club for 2019 to focus on its update. It re-opened in 2020 with no VIP areas and a focus on the true nightclub experience. Octan aims to makes clubbing fun again. 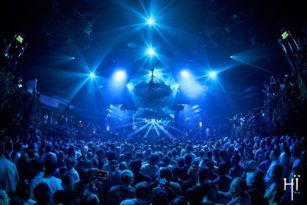 Hï boasts a capacity of 5,000. It offers multiple DJ booths, three rooms, plus a dance floor by the bathrooms, so you needn’t miss out on partying while you wait for the toilet The state-of-the-art sound system and lighting is simply incredible. Hï had big shoes to fill after taking over the location from Space and it has not disappointed with world-class DJ’s and stunning decor. 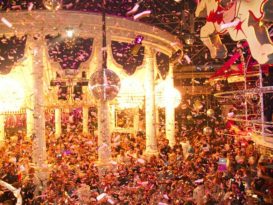 ‘The club that isn’t a club’, Es Paradis, gets its name from its location on San Antonio Bay. With it’s  beachfront location, the island paradise hosts some of the most epic parties in Ibiza.

The gardens form a labyrinth, and the pergola-style ceiling consists of a pyramid. Considered the most beautiful nightclub in the world, many call it a rite of passage for island visitors. 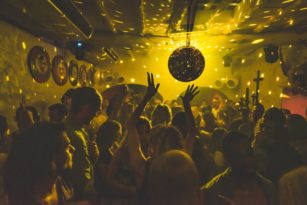 If you ever wished upon watching the Wham! video for “Club Tropicana,” that you could step into the screen and party there, you can, sort of. Pikes served as the location for the video.

In the 1970s and 80s, Pikes hosted many superstars who enjoyed vacationing in its hotel and partying at its club, including the late Freddie Mercury, the late George Michael, and Andrew Ridgeley.

Just west of San Antonio, the hotel and club sit in the picturesque countryside, hence the line in the song, “All that’s missing is the sea But don’t worry, you can suntan.” Pikes is just a few miles from the shore, but the location, founded by Tony Pike in the 1970s, doesn’t open the nightclub every night and the music varies by the evening.

The Sound of Ibiza Nightclubs

There is a night for everyone in Ibiza. While house, techno and EDM might be the most prominent sounds on the island, you cna find anything you are looking for on the island!

Stay up to date with our picks from the Ibiza scene with the Spotify playlist below.

Check out our Ibiza Experience playlist on Spotify